This strange material that is almost non permeable to most chemicals, transfers none of its materials to the contained liquid.

The “Polyethylene” molecule is a derivative of crude oil. This feed stock is used for producing polyethylene, similar to the making of gasoline process. Temperatures above 1000 degrees F and Pressures in the 50,000 PSI range, modifying this hydrocarbon molecular building block to bring about a polymeric change.

Polyethylene tanks are but one of the many products made from Linear Medium Density Polyethylene HDPE, LMDPE, LLDPE, and XLPE 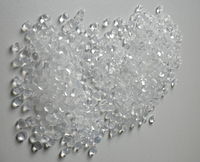 Polyethylene is classified into several different categories based mostly on its density and Branching (chemistry) branching. The mechanical properties of PE depend significantly on variables such as the extent and type of Branching chemistry branching, the crystal structure and the molecular weight.

With regard to sold volumes, the most important polyethylene grades are HDPE, LLDPE and LDPE.

History of Polyethylene, it was first synthesized by the German chemist Hans von Pechmann who prepared it by accident in 1898 while heating diazomethane.

When his colleagues Eugen Bamberger and Friedrich Tschirner characterized the white, waxy, substance that he had created they recognized that it contained long chains of hydrocarbon based molecules and termed it ”polyethylene”.

The first industrially practical polyethylene synthesis was discovered (again by accident) in 1933 by Eric Fawcett and Reginald Gibson at the Imperial Chemical Industries works in Northwich, England.

Upon applying extremely high pressure (several hundred atmospheres) to a mixture of ethylene and benzaldehyde they again produced a white, waxy, material. Because the reaction had been initiated by trace oxygen contamination in their apparatus, the experiment was, at first, difficult to reproduce. It was not until 1935 that another ICI chemist, Michael Perrin, developed this accident into a reproducible high-pressure synthesis for polyethylene that became the basis for industrial LDPE production beginning in 1939.

Some production polyethylene is being compressed produced at pressures above 50,000 psig.

Subsequent landmarks in polyethylene synthesis have revolved around the development of several types of catalyst that promote ethylene polymerization at more mild temperatures and pressures.

The first of these was a chromium trioxide-based catalyst discovered in 1951 by Robert Banks (chemist) Robert Banks and J. Paul Hogan at Phillips Petroleum. In 1953 the German chemist Karl Ziegler developed a catalytic system based on titanium halides and organo-aluminium compounds that worked at even milder

By the end of the 1950s both the Phillips- and Ziegler-Natta catalyst Ziegler-type catalysts were being used for HDPE production. Phillips initially had difficulties producing a HDPE product of uniform quality and filled warehouses with off-specification plastic. However, financial ruin was unexpectedly averted in 1957 when the hula hoop, a toy consisting of a circular polyethylene tube, became a fad among youth in the United States.

A third type of catalytic system, one based on metallocenes, was discovered in 1976 in Germany by Walter Kaminsky and Hansjörg Sinn. The Ziegler and metallocene catalyst families have since proven to be very flexible at copolymerizing ethylene with other olefins and have become the basis for the wide range of polyethylene resins available today, including very low-density polyethylene and linear low-density polyethylene. Such resins, in the form of fibers like Dyneema, have (as of 2005) begun to replace aramids in many high-strength applications.

Until recently the metallocenes were the most active single-site catalysts for ethylene polymerization known mdash; new catalysts are typically compared to zirconocene dichloride. Much effort is currently being exerted on developing new, single-site (so-called Post-metallocene catalyst post-metallocene) catalysts that may allow greater tuning of the polymer structure than is possible with metallocenes. Recently work by Fujita at the Mitsui corporation (amongst others) has demonstrated that certain salicylaldimine complexes of [[Group 4 element Group 4 metals show substantially higher activity than the metallocenes.

Most LDPE, MDPE and HDPE grades have excellent chemical resistance and do not dissolve at room temperature because of their crystalline structure. Polyethylene (other than cross-linked polyethylene) usually can be dissolved at elevated temperatures in aromatic hydrocarbons such as toluene or xylene, or in chlorinated solvents such as trichloroethane or trichlorobenzene.

When incinerated, polyethylene burns slowly with a blue flame having a yellow tip and gives off an odor of paraffin. The material continues burning on removal of the flame source and produces a drip.

Although polyethylene can be plastic recycling recycled, most of the commercial polyethylene ends up in landfills, and in the oceans such as the Great Pacific Garbage Patch. Polyethylene is not considered biodegradable, because, except when it is exposed to UV from sunlight, it takes several centuries until it is efficiently degraded.

Although polyethylene can be plastic recycling recycled, most of the commercial polyethylene ends up in landfills, and in the oceans such as the Great Pacific Garbage Patch. Polyethylene is not considered biodegradable, because, except when it is exposed to UV from sunlight, it takes several centuries until it is efficiently degraded.